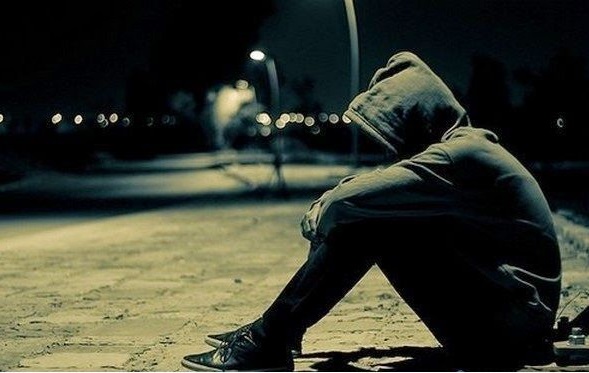 It was an ordinary evening for me when I was arranging my stuffs to start evening OPD after coming from visiting one rural hospital. I was about to finish doing the arrangements when the door knocked. Till the time I recognized that my door was knocked, I could hear the sound of a young boy asking for permission to come inside the cabin with harsh breaths. Before allowing him to come and sit; a teenage boy of average built came & sat on corner of chair with stooped shoulders, both hands clenched together in between legs. I kept my work aside and paid my total attention to him. Till that time I could realised that something bothered this “young man” majorly because the way he entered and sat was enough for me to grasp his anxiety. His face was pale and cold with full of perspiration. I thought what would have made this boy to rush my clinic so early. I received few glimpses of an emergency which this boy was trying to transmit through his gestures; still I was not able to guess the cause for it. When I calmly look at him, saying ‘yes, tell me’; his speed of rush was lowered down and he paused before starting the conversation. I thought ‘now what happened exactly? He was so hurried to talk with me’. This was the time I could probably start guessing about his cause for help.

I took a lead to start the conversation by asking few preliminary details. After getting a bit comfortable, he started his story by saying-“Sir my name is Raj (name changed), I think I am impotent, my life is finished…please help me”. By gathering all of his energy to speak; he uttered that in just one sentence. He could not control his tears and started crying. I thought what would have made this 18yrs old boy thought like that to such an extent. I explored his problem more deeply when he shared more that- ‘He started watching porn on his mobile with his friends since schooling.  Raj was in relationship with a girl from few months. Two days before Raj and his girlfriend experienced some intimate moments. It was his first time with this girl that Raj was getting so closer. Before they both could enjoy the pleasure of sex, he suddenly ejaculated. He couldn’t understand how this has happen. It was so quick that he got very confused because this was totally opposite to what he usually watches in porn.’ Since that day he became so anxious as well as depressed, that he thought his manhood will never work again. In this same panic situation, he tried repeatedly to masturbate but Alas!...he failed, and became more & more anxious, more panicky and depressed. He was neither able to focus on his studies nor he was able to face his girlfriend. It affected their relationship, they both tried hard not to break off. This adds in the panicky state of Raj more. With this problem, he was not able to cope up but prefers to shut up his socialisation, involvement in studies. With the only thought of being impotent forever he passed many sleepless nights. He almost lost a hope that he could regain back his manhood in this life. And he landed up in depression.

After few sessions, with the help of Homoeopathic medicines and therapy Raj could come out of this situation and got his confidence back.

Raj is not alone; there are many Raj who comes to my clinic with more or less same situation. Their anxieties are not at all exaggerated but it needs to be handled by equally tender care and empathy. There was a time once when ‘Teen depression’ was thought of arising from academic failures. As the time has passed, the issues related to self esteem, identity establishment, sexual health are real goals for doctors to handle a teenager.  Their concepts related to sexual problems needs to be understand first from their point of view; which only will help them to overcome such circumstances. Before even understanding about sexual health, physical and mental sexual response; teenagers try to fulfil their excitement of pleasure and then they fail! The consequence would then include anxiety, fear, sadness, depression and loss of confidence. In early budding phase they loss their battle even before fighting.

Raj was lucky as he consulted a doctor but many teenagers like Raj are still suffering from such traumatic situations without consulting a right person. Either some of them are shy to come forward or some have accepted their situation and living with a heavy heart filled with full of shame under the burden of wrong perceptions.  I would like to request all of them to please consult their problems to appropriate person instead of falling in endless pit of anxiety and depression.